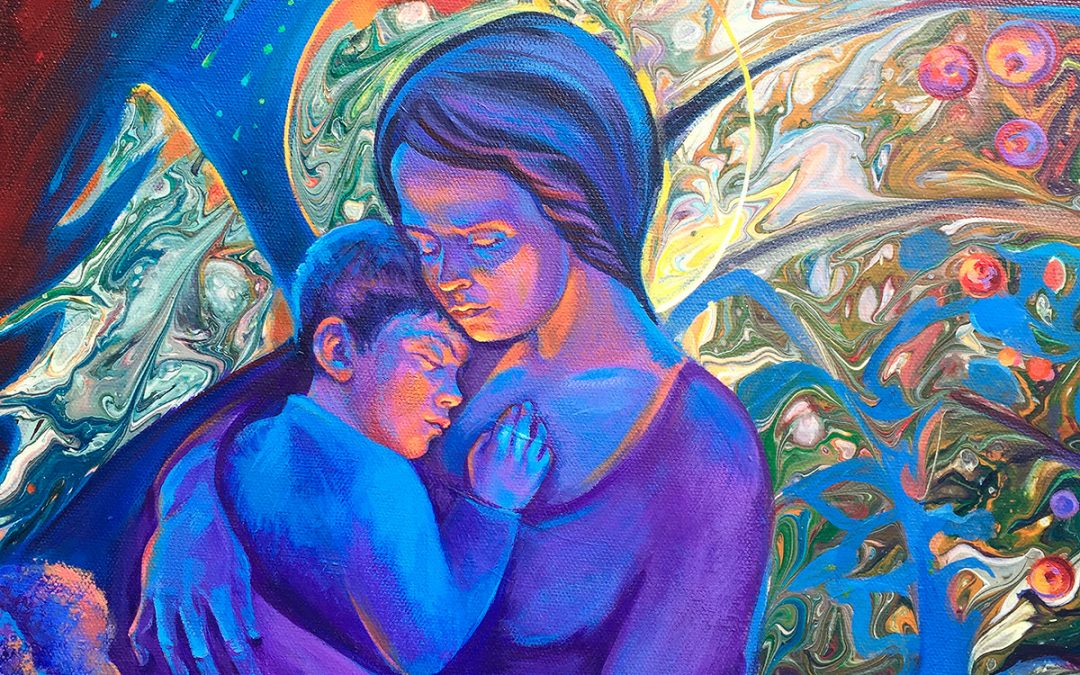 Once upon a time an awful pandemic gripped the land. All artists, curators, mothers and children had to start homeschooling and working from home. Young children had to be sent on unnecessary quests to the kitchen or the garden, so that Mummy could have some peace in the studio or just meet her curator in a virtual platform.

Lockdowned in this contemporary fairy tale what did the artists do next? They joined forces with other artists-mothers in the same boat. They became part of Spilt Milk – the international social enterprise based in Edinburgh making motherhoods and chidcare visible. Spilt Milk even launched an online residency and an exhibition which artists mothers can take part in from home.

Just follow the #homeworksresidency tag to keep with their work on social media including on Diana’s Instagram and Facebook channels until 30 June 2020. Let’s hope that Diana’s works produced during this #homeworksresidency – including Tree of Life pictured here and also available through the #artistsupportpledge initiative – will be featured in the Spilt Milk group online exhibition and the accompanying printed zine alongside other fellow members’ works. Until then, stay well.